Me myself as a future leader

The first thing activity we did was the newspaper tower. So what you had to do is build the tallest newspaper tower but it has to stay by there self. Ares was the tallest it was taller than me but it wasn’t stable and it fall down. We were disappointed but we still worked together. At the start before the activities we didn’t know everyone well but when we did the activity we worked really well together.

Me as a leader I’ve learnt about leaders don’t have a title or a poison it is about action. I want to become a strong growing and a kind leader. I want to grow and always remember this memory. In the future i want to tell myself that leaders are not about having a badge. In fact i have a quote that our school users every year at out leadership assembly. As leaders we will remember leadership is about action not position and we will lead by example in all that we do.

Have you ever done these activities before if you had tell me in the comments? 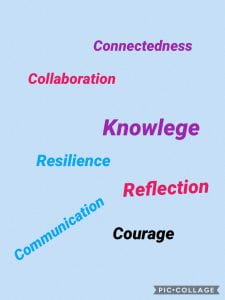 Do you know this flightless bird that lives on the bottom of the world? If you are guessing an emu then you are wrong! It lives on the south Arctic and it is a penguin. I’m going to be talking about penguin adaptations.

First I’m going to be talking about their diet and what they eat.  They mainly eat fish, prawns, squid, crabs and krill. They also eat stones to help them digest food and crustaceans. I think stones  help them make their jaw wider so they can eat more food.

Fourth I’m going to be talking about the structural adaptation. Penguins have short feathers which are used as a waterproof layer to keep them warm. Did you know that their wings are used to swim underwater and to grab food. Penguins are stronger than humans and they are very fast swimmers – better than humans and they swim up to thirteen kilometres per hour. They must be tired from all of that swimming.

The sixth thing i’m going to be talking about is the Physiological adaptation. This means what they do normally. First fact is they stay in large groups – I don’t know how many but I know it’s a lot. I think that’s because they can mate or make new friends or huddle to keep warm. I think those are facts why they are in large groups. They lay eggs in winter. I think that’s because their chicks can feel what the cold is like. Penguins can dive very deep to get fish, crabs, squid, prawns and krill and they can hold their breath underwater for a long long time. I can’t even hold my breath under water for a few seconds, but penguins can hold their breath underwater for a long time. Adelie chicks leave their nests when they are fifty days old. I’m not sure why but that’s half way from a year old.

Do you know any good information books that helps you on penguin adaptations? 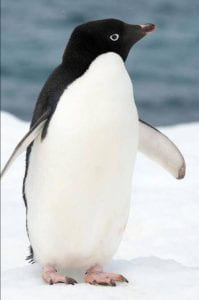 She’s got no beard at all.In year 5 we did a drama performance about Australia’s history. There we 4 classes and there were not enough roles so we had to split the class into two. The roles I had to do is a convict.

I sounded very funny and the whole crowd was laughing so hard.

The Pla or the positive learner attributes is collaboration and connectedness to work together to be a team and to help people when they forget there lines or make mistakes and also we had to problem solve to work together.

The highlights were interruptions by Miss Q when we make a mistake.There was a lot of funny parts like Edna rips of Bruce’s beard and the Queen was wearing a dress but the person who was playing the queen was actually a boy so it was really funny. The most funny lines like Eddie 1 said it’s South Australia isn’t she very very beautiful ladies and gentlemen. Another funny line in Eddie 1 said don’t they look…lovely. My funny line in Bruce 2 is I got angry with the queen.The governor Arthur Phillip line was very funny he said how I meant to sit on this. The gold song was so funny and the and the audience started laughing when they were dancing because it was very funny and I started dancing with my fake beard on backstage. Everyone was starting to dance because it was gold and because gold was worth a lot of money but I think it was just a rock painted.

I was really proud of my self for memorising my lines and it took a lot of practice and fitting in my costume.Also i had to step in to Bruce’s shoes and become a commentator and become excited. I also was playing a convict we were singing the eye of the needle and song some was so fun.As a convict i had to look very sad and unhappy and being a convict was so fun we got to dress up in a very dirty shirt and it smelled like coffee. When i was playing Bruce i had to wear a beard it was okay the beards were so hard to talk and they were so itchy and the beard hairs fell in my mouth and it was hard to talk.

Have you ever wear a beard before tell me was it bad or good? 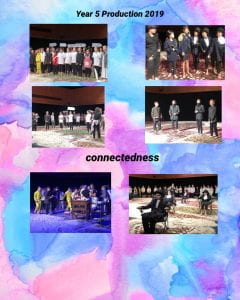 My favourite book chat book is Don’t follow Vee Oliver Phommavanh. Don’t follow Vee is a family and friendship book it is about a girl called Veronica but her nickname was Vee her mum is a single mum a and Vee mum and dad got divorced her mum got so sad and was having a hard time taking care of her so that’s why she was on Instagram taking photos of her and her Instagram account was the Chronicles of Vee and every year she does want to ask her mum to take photos and she scared to hurt her mum feelings.

I think this genre is a family and friendship because she meets new friends and I think it’s also a mystery because of her dad where her dad lives now and why her mum and dad got divorced.

Have you ever read a Oliver Phommavanh book if you have than tell me 3 good things about the book? 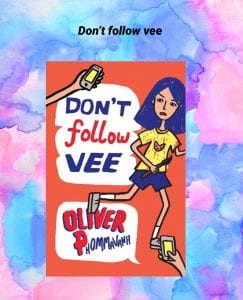 My favourite book chat book is Don’t follow Vee Oliver Phommavanh. Don’t follow Vee is a family and friendship book it is about a girl called Veronica but her nickname was Vee her mum is a single mum a and Vee mum and dad got divorced her mum got so sad and was having a hard time taking care of her so that’s why she was on Instagram taking photos of her and her Instagram account was the Chronicles of Vee and every year she does want to ask her mum to take photos and she scared to hurt her mum feelings.

I think this genre is a family and friendship because she meets new friends and I think it’s also a mystery because of her dad where her dad lives now and why her mum and dad got divorced.

Have you ever read a Oliver Phommavanh book if you have than tell me 3 good things about the book?

Which Holidays do you celebrate. Today i’m going be talking about the two things I celebrate on the holidays. The first Holiday I celebrate is Easter by in my nationality and family we celebrate greek easter. Greek easter is like normal easter but different in greek easter you smash red eggs with other people if you egg doesn’t have a crack then you win and the other tradition you do in Greek Easter is sometimes people put a coin inside read did you eat the bread and you trying to find the coin if you find the coin then you win.

Another holiday I celebrate is Christmas. Some people think that Christmas is all about getting and getting presents but it’s not about that it is about giving and the birth of jesus or the Christmas story. A tradition for Christmas is we decorate our house with Christmas tree fairy lights and a photo of Santa Claus. The popular colours for Christmas is green and red the red represents Santa and the green represents trees and the ordinance.

What holidays do you celebrate? 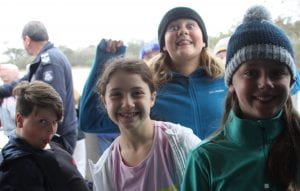 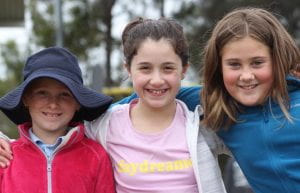 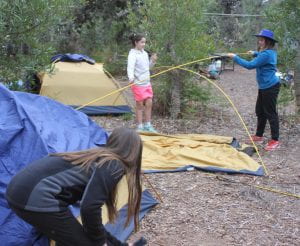 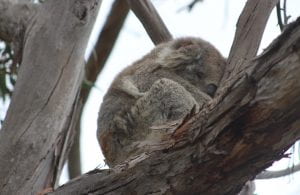 In year five we went on a camp called Toonallok in the gippsland lakes. What I love the most was the shoe game because it was interesting and we had to throw a shoe so the water bottle falls down and our group team Chloe won. Also I loved my cabin I had Morgan, Ophelia, Paige and me we were all making up funny stories.

What I found challenging was the mosquitoes they keep on biting me and it was annoying and itchy. Also what was most challenging thing was on the second night was we went to expo in the bush and we sleep in tents and we had to bring a sleeping mat and the toilets were so far from our tents.

have you ever build a tent before?

Hello everyone my name is Aphrodite and this is my avatar. I have dark short hair, I have brown eyes and I also love the colour pink. It is not identical it is similar 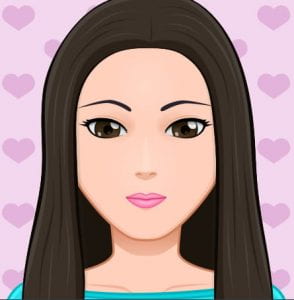 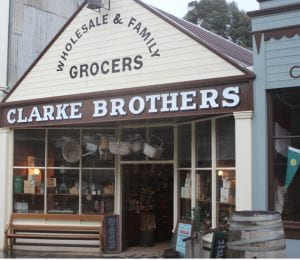 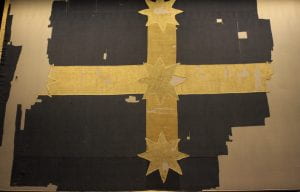 When I went to Sovereign hill we went to the Wesleyan school and i had to wear a dress with pantalets, apron and a cape which is not like the uniform i wear today. we sat at a wooden desk and learnt how to write with an ink pen.We also did cross stitching and it was very fun. Before we went to the Wesleyan school we walk into a room where we can put our bags and our stuff we also got changed to our costume.We walked to our school and the teacher said silence children.

There were no cars at sovereign Hill and how did we get to one place to an another we had to go on a carriage or walk  to where ever your going. After we got back from Sovereign hill we had to build a diorama my partner Isaac I made the hotel and the tents. The positive learner attribute was Communication to speak and work well together and imagination to work out how we do it.

Have you ever build a diorama for anything?

Last week we had book week it so much fun.

An author came to our school his name was Oliver Phommavanh he show us how to write a funny story and he even signed my writing book. I dressed up as Thelma the unicorn even had a blue wig on my head. A lot of people dressed up as dragons, Thing 1 and Thing 2, unicorns, butterflies and a lot more. I love book week because sometimes we have a author and he show us new things and how to come up with some ideas.

Have you meet a author at your school?